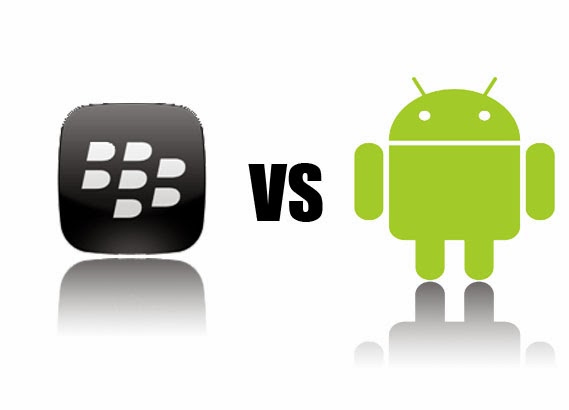 Most people know me to be a very serious BlackBerry developer and I get asked often times by a lot of people “Why don’t you develop for Android or IOS which is the future for mobiles”. Well, I’m going to answer this question in this post. Actually, there is a lot of reasons I prefer to develop for BlackBerry but I am going to highlight only a few in this post. Also, I would be comparing BlackBerry and BlackBerry World with Android and Google Playstore.

The main reasons I prefer to develop for BlackBerry are:

When I first started learning how to develop mobile apps, fortunately for me I was using a BlackBerry device then so I decided to start with BlackBerry. I must confess it seemed really difficult at the time but I can say it’s so worth it now. My first BlackBerry application to reach BlackBerry World was Love Sms Collection. At the time I was not too familiar with BlackBerry Vendor Portal so I just abandoned the application on the store for some time.

One day, I decided to check the status of the application and I was so surprised to find out that right from the day it was released on the store, it had an average of 400 downloads each day. And surprisingly that was the period where people said BlackBerry is on sale.

My next thought was that “If I could get this much from BlackBerry when it is on sale, then I must get up to 1000 downloads per day from Playstore”. So I immediately started developing the same application for Android in order to put it on Playstore. I must confess, learning Android development was way simpler than learning BlackBerry development. I finally finished the application, quickly created a Google Vendor account and uploaded it on Playstore. Creating a Google Vendor account cost me $20 while that of BlackBerry is 100% free.
I was so surprised when I saw the statistics of the same app in Google Playstore. The application has been there for about 2 years now and I have about 1000+ downloads IN TOTAL. The same application on BlackBerry World has over 140,000 downloads in total.

I later found out that the reason it’s like that is because of the Millions of competition that is on Playstore. Basically, new apps from new developers get lost in the massive store so in order for your new app to be found, you are going to really need a great deal of marketing. The advantage is that the more people find your app, the more it gets popular. For this single reason, I got really discouraged.

The second reason I prefer BlackBerry is because of the customer support and Support forums. I recently made a critical update to one of my apps Pin Pals – Meet your next date and submitted to BlackBerry for review. To my surprise, after over 2 weeks, I still had not gotten any form of feedback from them and normally it used to take 1 to 2 working days to get feedback. I asked my fellow BlackBerry developers and they said it was the same for them. So I decided to lay my complaint in BlackBerry support forums. A representative replied saying it was due to some holidays and after I sent him a personal message, my application was approved within the next 4 hours. To me, the BlackBerry community is very loving.

On the other hand, I once visited a Google forum and a guy was complaining about his Adsense account getting repeatedly denied. The replies he got almost made me start to weep for him. There was a reply like “Dude just get it, Google doesn’t want to do any business with you”. I really don’t think the person was a Google official but wow that was quite rude.

Finally, this is the most important reason. There are way too many opportunities in BlackBerry World compared to Playstore or even Appstore. I really wonder why brilliant Android developers have not seen such opportunities. Although I know I too am not taking advantage of such opportunities.

The simple fact that some very popular applications like Instagram are available for Android and IOS but not for BlackBerry is a great opportunity. Now imagine the number of downloads your third-party Instagram app would get if you developed it for the BlackBerry Platform. One of the developers (My Mentor) I know that has really utilized this opportunity is Nemory Oliver. I guess he is probably the most popular BlackBerry developer or at least 1 of the most popular BlackBerry developers. What he does is: he looks at the popular apps that are not available for BlackBerry and develops them. This makes him and his apps known all over the BlackBerry Eco System. You can check out some of his great apps

Now, my advice to developers is that we all should contribute and try to develop apps that don’t already exist on BlackBerry and help promote the Platform. Eventually, when BlackBerry World becomes as big as Playstore, you that already has a reputation on the store would not have issues with new apps.