Tips to fixing a NullPointerException in Java (Android) 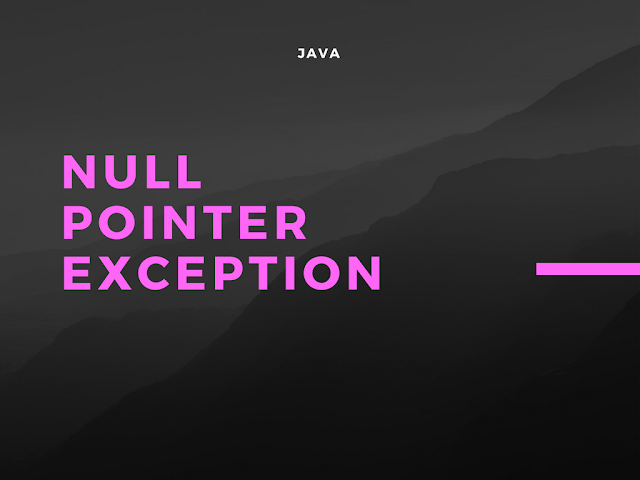 What causes a NullPointerException?

A NullPointerException is usually thrown when you try to access a field or a method in a variable or an object that is null. This is simple to understand however, it might be a bit confusing for some programmers.

Now, the next question is:

What causes an object to be null?

When you create a variable or an object without instantiating it, then the value of that variable or object is null.  So for example, when you have the following code:

The value of firstName in this case would be null.

Now if you try to call a method on the variable firstName, then the NullPointerException will be thrown.

The above code will throw a null pointer exception on line 2.

Similarly, if you create an object without equating the object, the ugly null pointer exception will be thrown.

The above code will throw the NullPointerException.

How to solve the NullPointerException.

To solve the NullPointerException, you simply need to assign a value to the variable involved. If it is an object, you need to instantiate that object with the new keyword.

The above code will work swiftly.

The above code will also work beautifully.

Debugging the NullPointerException in Android

So I will list a couple of scenarios that could result in an object being null even when the object involved seems to be not null.  Please note that there are hundreds of other scenarios, however, I would discuss just a couple of them.

For simplicity, we will use only objects as examples

Sometimes, you might have instantiated a class correctly, but later in your code, unknowingly assigned a null value to that object.

The above example is an illustration of how a NullPointerException can be caused by “programmer error”.

Calling findViewById() in an Activity class whose layout does not contain the requested view.

This is one of the most common reasons developers encounter the NullPointerException when developing an Android App.   Take a look at the code sample below.

The code above is valid and should not throw any exceptions under normal conditions. However, the id R.id.imgHeartLoading has to be present in the layout file R.layout.activity_splash.  If the requested view is not present in the R.layout.activity_splash layout file, then the findViewById() method will return null. In a scenario where findViewById() returns null, then the next line pb.setOnClickListener(new View.OnClickListener() {...}); would throw the NullPointerException.

NullPointerException can be avoided in programming by using the following

1.   Check for null values before calling an object’s method:

This is a very simple solution.   In the example above, we can avoid the NullPointerException by inserting an if statement just before calling setOnClickListener

In this case, the if(){} block will never be executed if the pb variable is null

This solution simply involves wrapping your code in a try and catch block.

The above solutions are just temporary solutions.   These solutions only avoid the NullPointerException but they do nothing to solve the problem.   As a good developer, you should track down the main reason for the exception.

And that’s all for now.

If you have any questions or contributions, feel free to post them in the comment box below :).

How to remove a key from JSON object in PHP
[SOLVED] RecyclerView: scrollToPosition not working
How to Increase the speed of your BlackBerry Mobile
Tips to Make your blackberry battery last longer